What a fantastic week it’s been. Rehearsals with the band last Wednesday followed by a superb concert at St. James in Piccadilly, a heartwarming concert in Hove on Saturday and finally a sold out show in Luton on Sunday.

The London show was hosted by our wonderful trustees who introduced each performance. The choir opened the evening performing three song  including the beautiful Something Inside So Strong. Big thanks to those choir members who travelled far to get there!

The new youth ensemble then played three songs which blew the audience away and points the way for the future of Berakah as an organisation. The enthusiasm, commitment and sheer talent of the youth band caused a real buzz amongst the audience.

Finally the Berakah Players took to the stage to play a mix of older songs and and were then joined by the choir for a freshly composed suite of music that featured our new string section as well. The audience sat entranced by all of it and from our point of view the music was sounding better than we could ever have imagined.

In Hove we played to an audience made up of young and old and before the concert started representatives from the various faith communities in the area stood to welcome us and the audience to the event. We had Hindus, Sikhs, Muslims, Jews, Christians, mystics and heretics all under one roof to listen to our music, and that was a beautiful thing to see.

In Luton we played to a mixed crowd who clapped and cheered like there was no tomorrow and, as it was my birthday, the band ambushed me on stage. If you want to see me getting highly embarrassed the link is here:


We still have three major concerts as part of this tour, all supported by the Arts Council of England so please look through the list and try to come to one of them at least!

Thanks to the band (Mark, Serena, Chantelle, Helen, Shirley) the tech crew (Will, Killian, Roger Evans at FX Rentals) the volunteers (Mandy, Anita, Dylan, Marina, Sohail) and all the other people who made it happen.

Thanks also to St. James Piccadilly for such a wonderful venue, Charlotte at the Inter Faith Encounter Group in Brighton and Johny at Grassroots London for their partnership and commitment to making our concerts a truly special event.

And thanks to you for coming to our concerts. We hope to see you again very soon.

Love to all,
Mo x 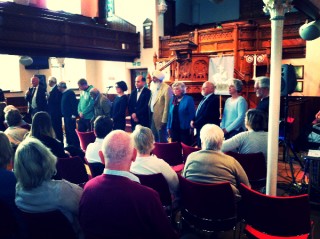 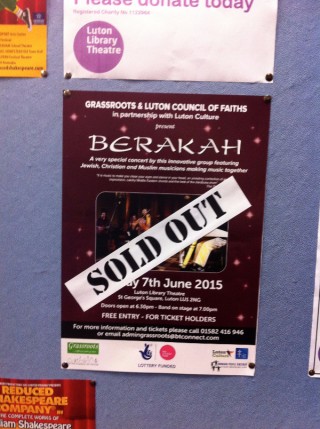 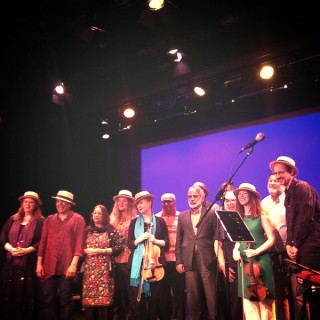 The band in their Luton Boaters 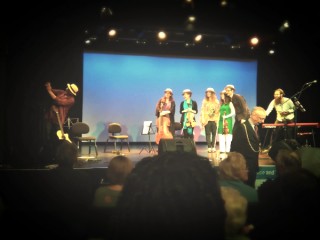 Mo takes a selfie with the band 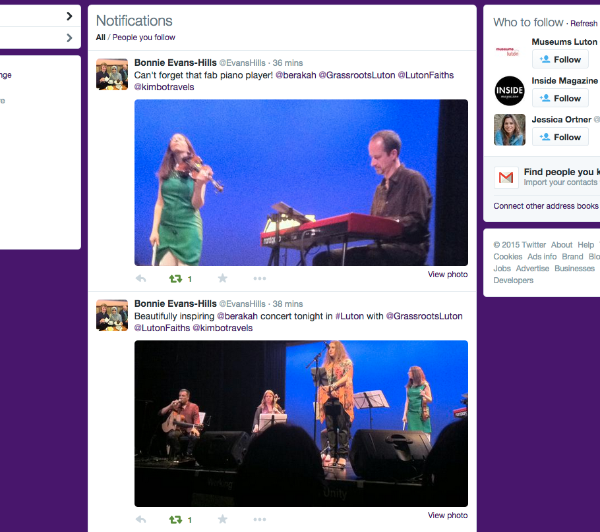